Morihei Ueshiba founded a martial art we know as Aikido, (known as O’Sensei), born in Tanabe on 14th December 1883. Around 1930, he formulated
this new art after an intense study of several other martial arts most notably Daito Ryu Jujutsu, under Sokaku Takeda.

His first teacher was Takisaburo Tozawa of the Kito school of Jujutsu. In 1903 Ueshiba Sensei entered the army and fought in the Russo-Japanese war.

Ueshiba was active in local politics helping to resolve fishing and boundary disputes. In 1910 he led a group of settlers to Hokkaido, the then sparsely populated Northernmost island of Japan.

He was a devoutly religious man having studied Shingon and Zen Buddhism from an early age.

Ueshiba met Onisaburo Deguchi in 1918 and became a follower and close companion of his. In 1924 Ueshiba Sensei travelled to Mongolia with Deguchi with the aim of establishing a community based on the values of his Omoto Kyo religion. Chinese soldiers captured them and they narrowly escaped execution.

The moment of enlightenment:

In 1925, following a duel with a naval officer – an expert swordsman – Ueshiba had a mystical experience. He described it thus: “…. a golden spirit sprang up from the ground, veiled my body, and changed my body into a golden one…. At that moment I was enlightened: the source of Budo is god’s love – the spirit of loving protection for all things.” This incident marked a watershed in the evolution of Ueshiba’s art from a predominantly martial technique to a method with a philosophical foundation”.

In 1931, the Kobukan, they built a permanent dojo (training hall), on the site of the present headquarters in Shinjuku, Tokyo. 1948 saw the founding of the Aikikai, the organisation controlling the practice and teaching of Aikido. During the early 50’s several senior teachers went abroad, Mochizuki to France, Tohei to the USA and Yamaguchi to Burma. Since then, Aikido has continued to spread and is practised in many countries throughout the world. The present Headmaster of The Aikikai is Moriteru Ueshiba, the grandson of Morihei Ueshiba. Died aged 85, on 26th April
1969 in Iwama. 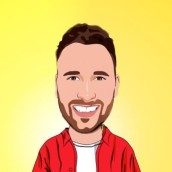 Your email address will not be published. Required fields are marked *

Any cookies that may not be particularly necessary for the website to function and is used specifically to collect user personal data via analytics, ads, other embedded contents are termed as non-necessary cookies. It is mandatory to procure user consent prior to running these cookies on your website.